Last week we covered on our pages subROV: Underwater Discoveries. An interesting videogame that offers to the players the opportunity to pilot an authentic underwater ROV. Thanks to it, it’s possible to explore the depths of the ocean in first person. We were immediately impressed by the level of simulation offered, as well as by the educational and scientific value of the project.

For this reason we wanted to find out more by getting in touch with José Luis Gonzàlez, an independent developer who is carrying out his project with the support of some oceanic research institutes. The game has recently been released in early access on Pc (Steam), and we can’t wait for its 1.0 version.

Here is our chat with the developer, known on the web under the name of Sqr3lab. For friends who don’t speak English, here is the Italian version of Our interview. Enjoy the reading. 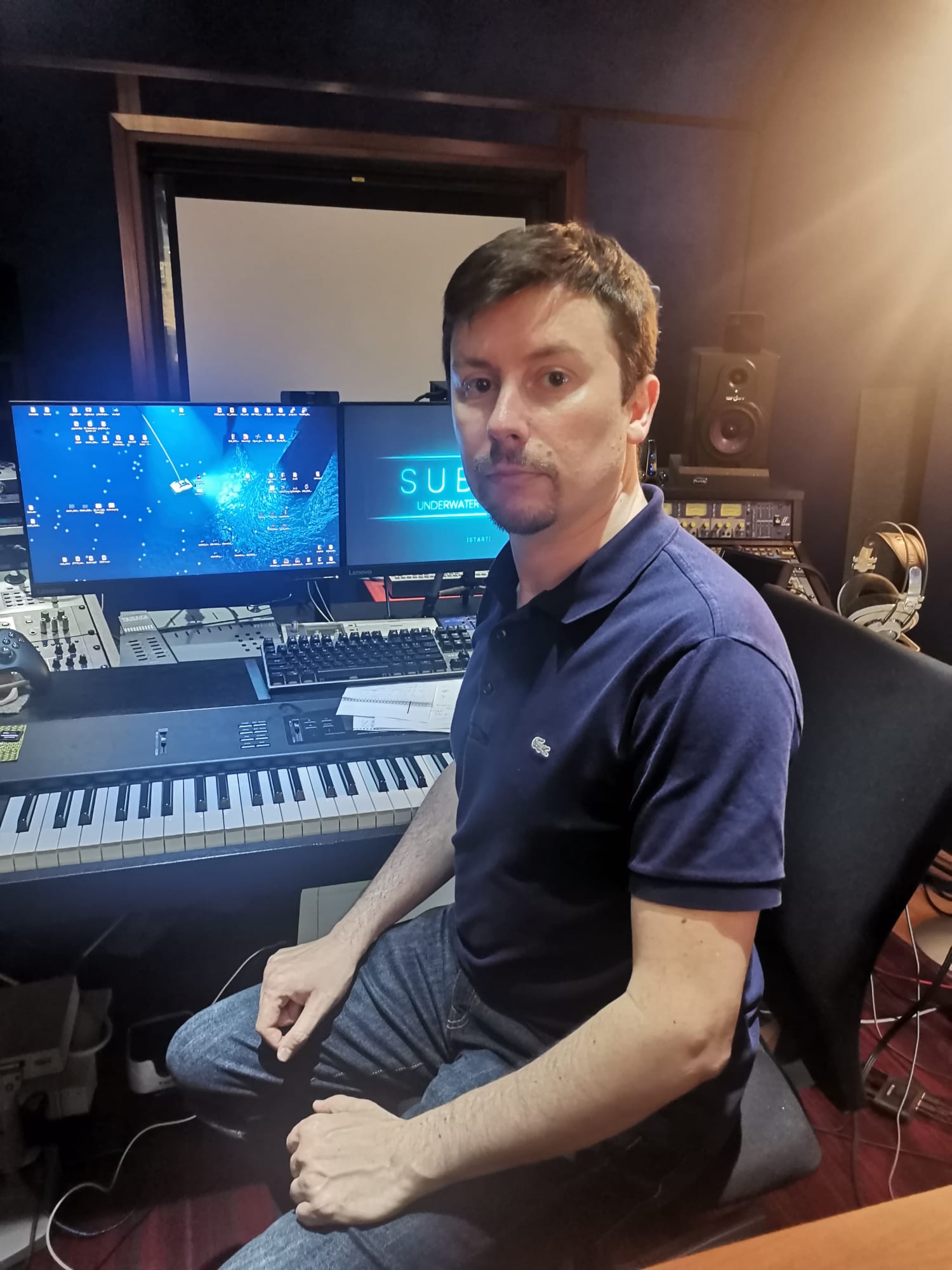 Ciao! My name is José González. I studied composition and piano at the conservatorio, and I have been working as sound designer and composer for videogames for more than 20 years. My first relevant work was in Glest, an awarded free strategy game. Later on I worked for big companies (Grin, Frontier Developments), and eventually I returned to Spain. Where I work as a freelancer (Dawn Of Man), I design synthesizers, and now I’m making my own game, subROV: Underwater Discoveries.

How the idea of subROV: Underwater Discoveries was born?

subROV: Underwater Discoveries started as a personal project to practice sound design. When I was thinking of a setting for it, I discovered the livestreams on youtube from NOAA (National Oceanic and Atmospheric Administration), Schmidt Ocean Institue and Nautilus, and fell in love with their combination of nature, exploration, and state-of-the-art technology. To my surprise I found almost no games where I could recreate that same experience, and that’s when I decided to do it myself. Also, I have always been drawn to the sea and I live in a coastal town, so it is a subject that really appeals to me.

What are your goals about your game? Surely releasing such a simulative and “scientific” game isn’t for everyone.

My goal is to give anyone who wants to explore the ocean the chance to do so, in a way that is similar to real dives, but still approachable. I want to achieve a balance between simulation and game so that it feels realistic but it has a gentle learning curve.

I certainly welcome everyone! I think many people will find the possibility of exploring the ocean at their own pace in a non-violent setting very attractive. Like I said, the objective of the game is recreating the experience of diving and exploring the ocean. The simulation and scientific elements are there because they make sense in that context: they are there to add richness to the game, not alienate players. In fact, I’m doing my best to make the game approachable for everyone, without losing that coherence.

There are no titles like subROV: Underwater Discoveries on the market, in fact. But were there any games that inspired you? Which ones and how?

You have of course Subnautica, which to me is the game that best represents the feeling of being underwater. I love that game, though it frightens me a lot! Eventually I would like to make a dive in subROV: Underwater Discoveries that happens in an alien planet, but isn’t scary. I want to make dives that make you feel in awe of the ocean and the creatures around you, but don’t make you jump on your seat all the time. I also like space exploration games like Elite Dangerous or No Man’s Sky, and a game that has influenced me a lot is Noctis, by Alessandro Ghignola.

It is unique and fascinating. Even today you won’t find another game that makes you feel you are in an alien galaxy the way Noctis does. Finally, I’m also a fan of “cockpit games” where you have lots of buttons to push -not the simulation per se, but the “tactile” experience. I was particularly impressed by a game called Steel Battalion, which inspired me to make the startup sequence for subROV.

We have read that the game is made with the support of the Bermuda Institute of Ocean Technologies and the Schmidt Ocean Institute. Very interesting. But how was this relationship born and how did it develop?

As soon as I had a working prototype I started getting in touch with scientists and institutions to see if they would like to help or collaborate in some capacity, which I am still doing (I’m always open to new ideas). This hasn’t been a short or easy process, but both Bermuda Institute of Ocean Technologies and Schmidt Ocean Institute have always had a very positive attitude towards the game, and they have been really helpful and encouraging.

We imagine working with “ocean professionals” was wonderful. Tell us about this experience. And how did they treat a game developer?

Respectfully, of course. Games are not as “institutionally ingrained” as, say, documentary movies, but when I present my work to scientists they are always eager to help in any way they can. Just today I was discussing coral density with one scientist, and validating a color gradient for presenting oxygen readings with another. It is a wonderful, enriching experience.

Your game was released on Steam Early Access about a couple of weeks ago. How did the feedback with users go? And in general how was the launch?

So far so good! there were no serious bugs found and reviews (up until now) have been positive. Players like what they see and they want to see more of it, which I think is a good thing.

In our preview we tried the game deeply and we liked it. However we were surprised by the low density of life forms, animals and plants. What are your goals in this phase of Early Access?

I have to insist on this. If the game was finished, it wouldn’t be in Early Access. If you like the game but you think it needs more content, then that tells me I’m on the right track. I will be working to add more variety and density, or rather, contrast; there are areas in the deep ocean that are sparse, but this should feel natural, not a shortcoming of the game.

Thanks for your time, José.

Thank you for your interest! You can follow subROV: Underwater Discoveries on Steam, and I’m also active on Twitter, Facebook, and Discord. Again, thank you very much!